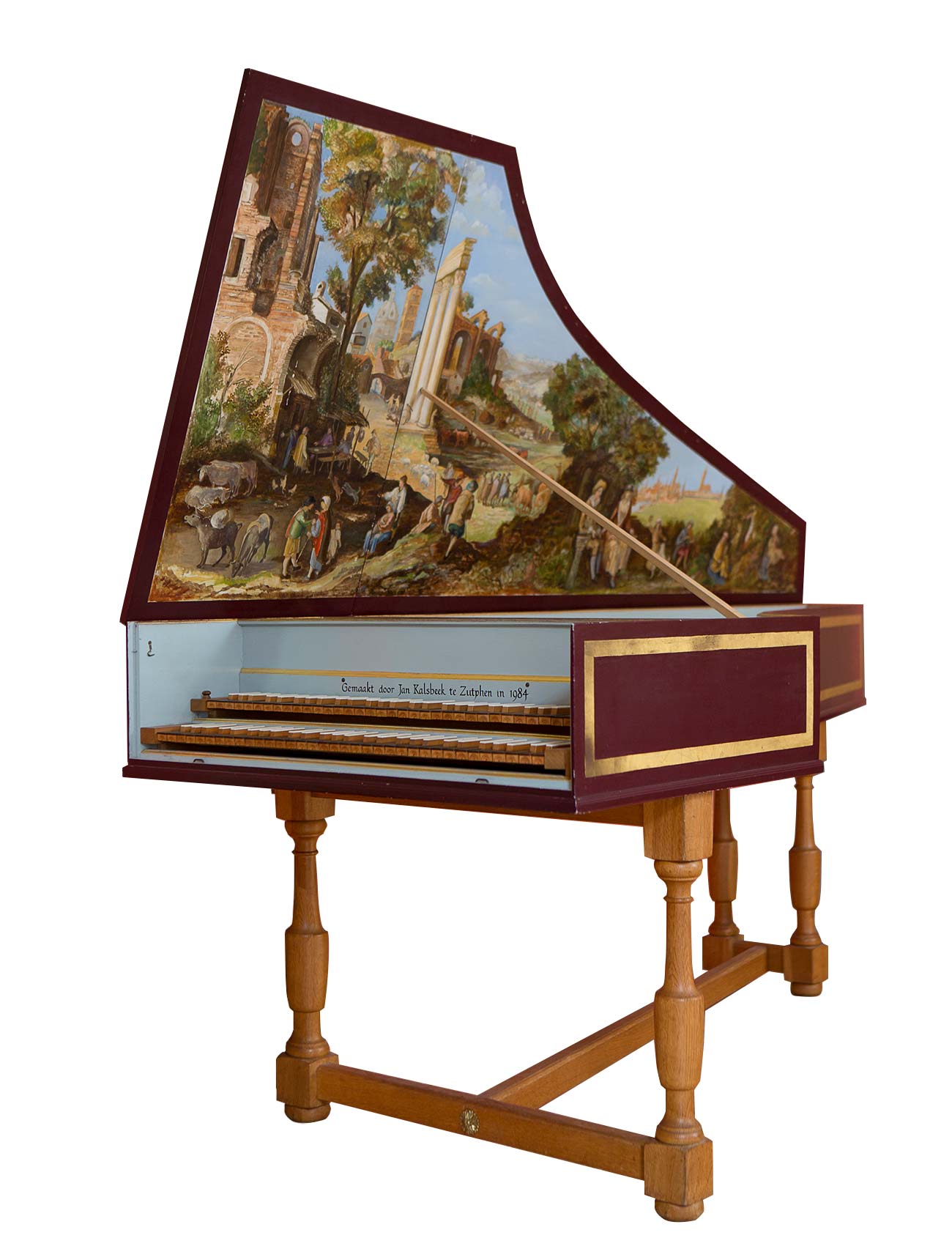 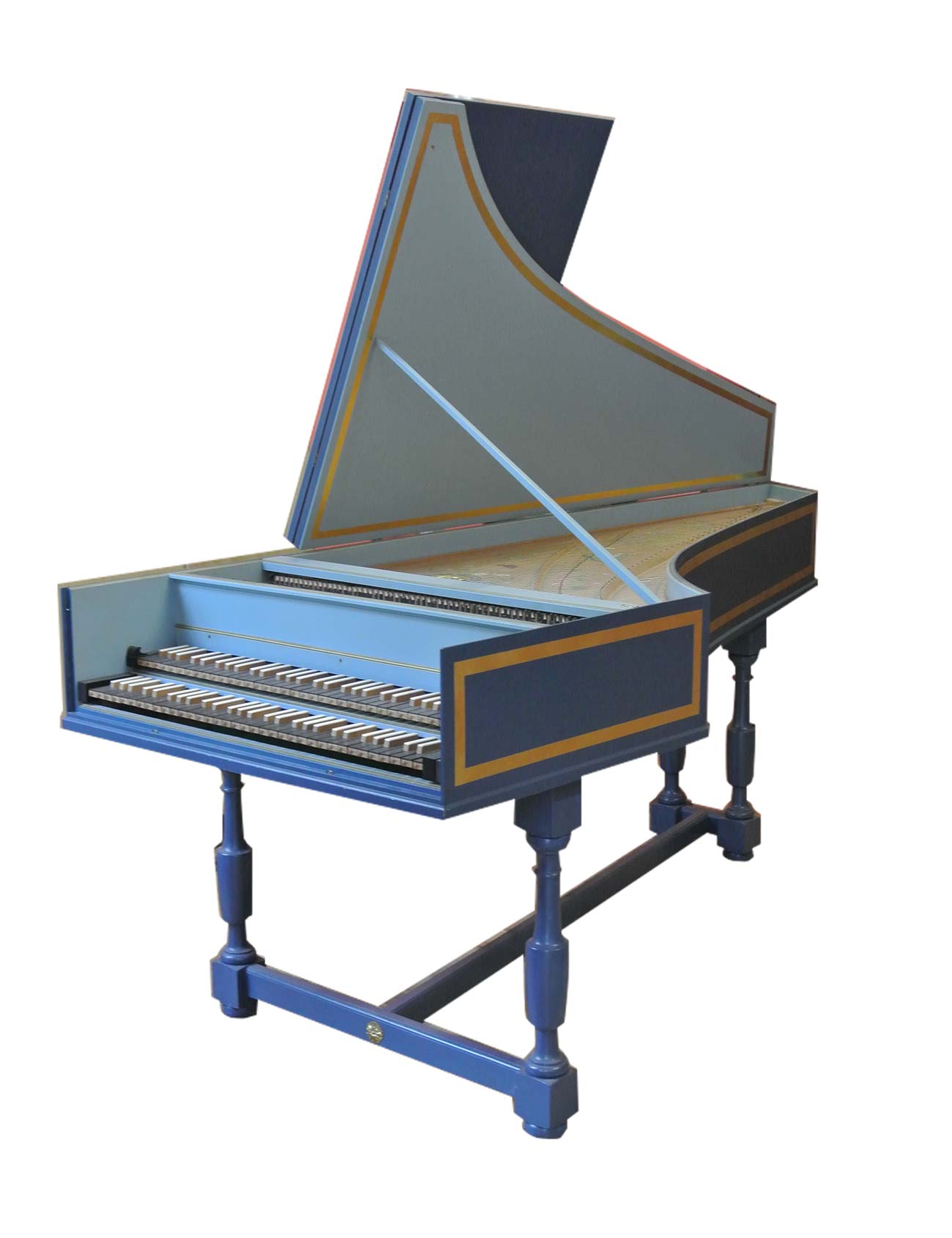 This harpsichord was described in the article of William Dowd on the surviving instruments of the Blanchet workshop. It was in ownership of Huguette Dreyfus until her death in 2016. It was bequeathed to the Musée de la Musique in Paris where it is now.

I knew the inside and the keyboards were not original, but I could fill this in based on information of original instruments from France around this time.

Recently I contacted the Museum to study this harpsichord now it was accessible. The response shocked me. I was told that not only the bracing and keyboards were later additions but also that the soundboard was not original. Even the rose was a copy. It is not even sure the instrument is by Blanchet. What points to Blanchet is the wrestplank which is original and decorated by the early Blanchet painter and the fact that the harpsichord is built with the bottom between the case sides, like in the earlier Blanchet from 1693. Probably the soundboard set-up isn’t very different from the original, but it is uncertain.

Supposedly the rebuilding was done in England at the beginning of the 20th century. The name of Arnold Dolmetsch comes to mind.

I deliberated if I would continue to present this instrument on my new web site. But because I like the instruments I made based on this model I decided to keep it in.

The case is made of lime and pine, the strings are made of red brass, brass and iron.