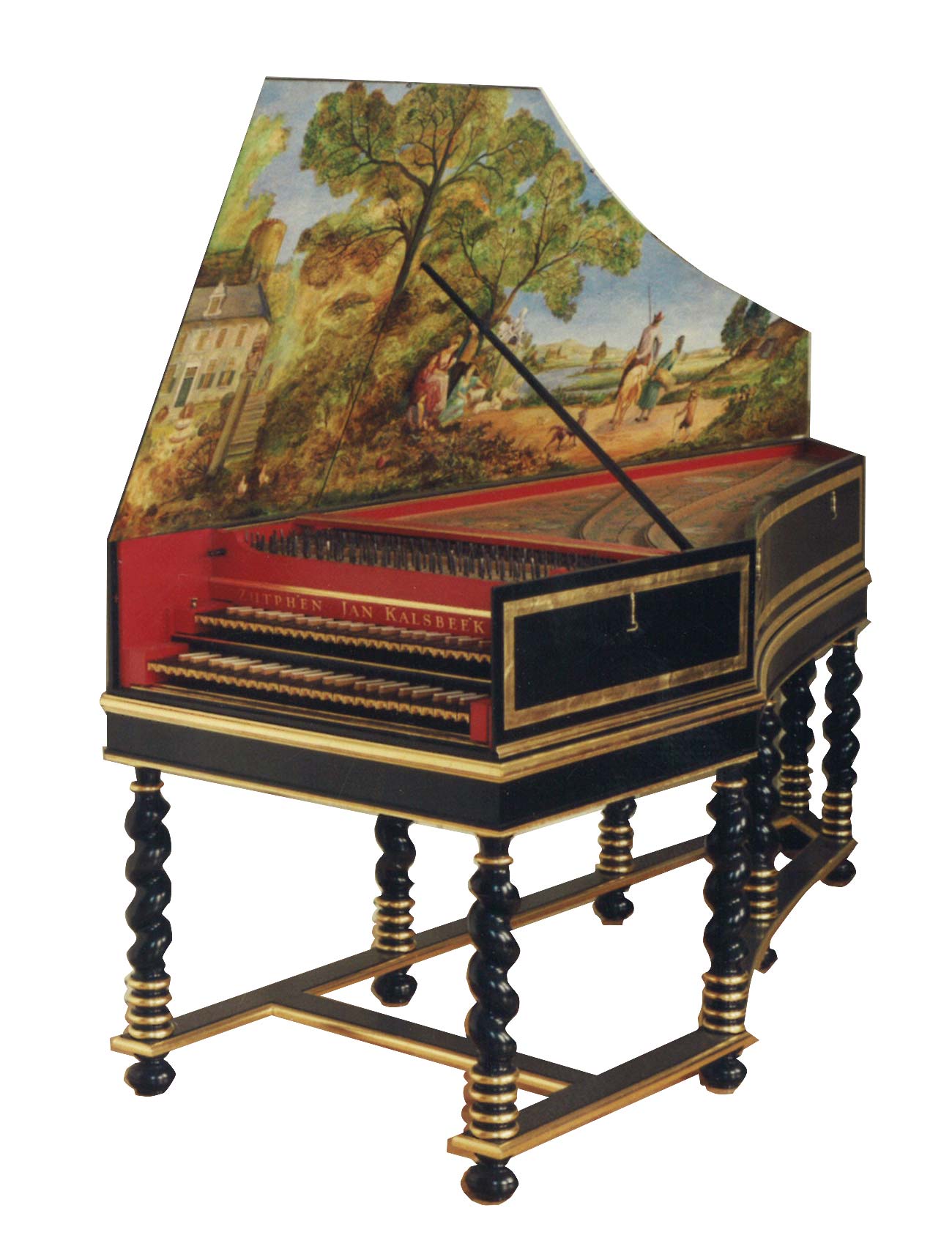 When we talk about “French harpsichords” most people will think of the instruments of a.o. Blanchet, Hemsch and Taskin. But these were builders who mainly worked in the 18th century.

At the time the Ruckers family built their instruments in Antwerp, in the 17th century, there was a quite distinct local tradition of harpsichord building in France. These harpsichords were mainly doubles, with aligned keyboards, with a standard compass of GG⁄BB – c”’.

Louis Denis was a member of a family with many musicians and instrument builders in this century. A harpsichord he built in 1658 served as an inspiration for me to build this instrument. The case is of pine and lime, strung with red brass, brass and iron. The compass is GG/BB – c3 without transposition, tuned at 392 Hz.