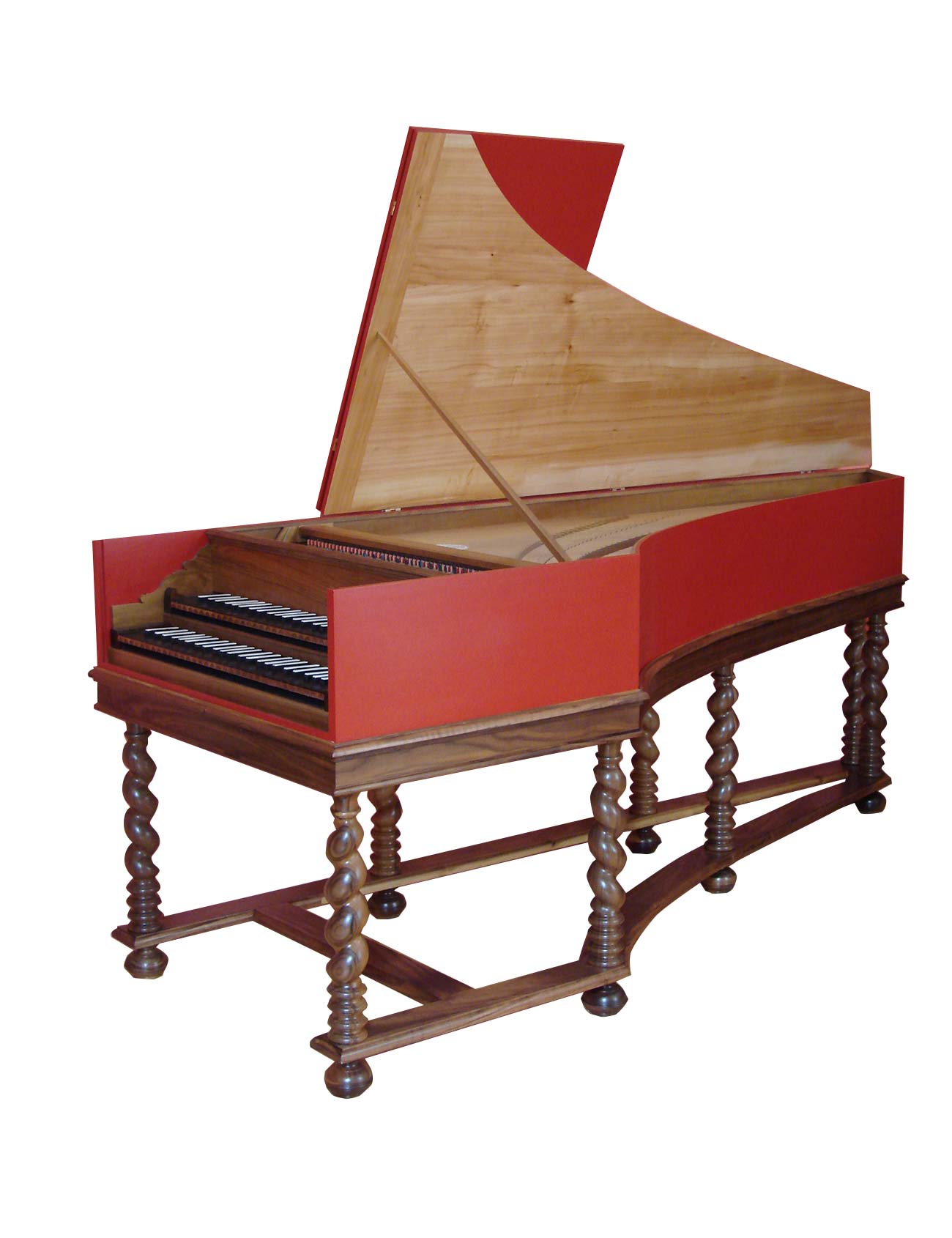 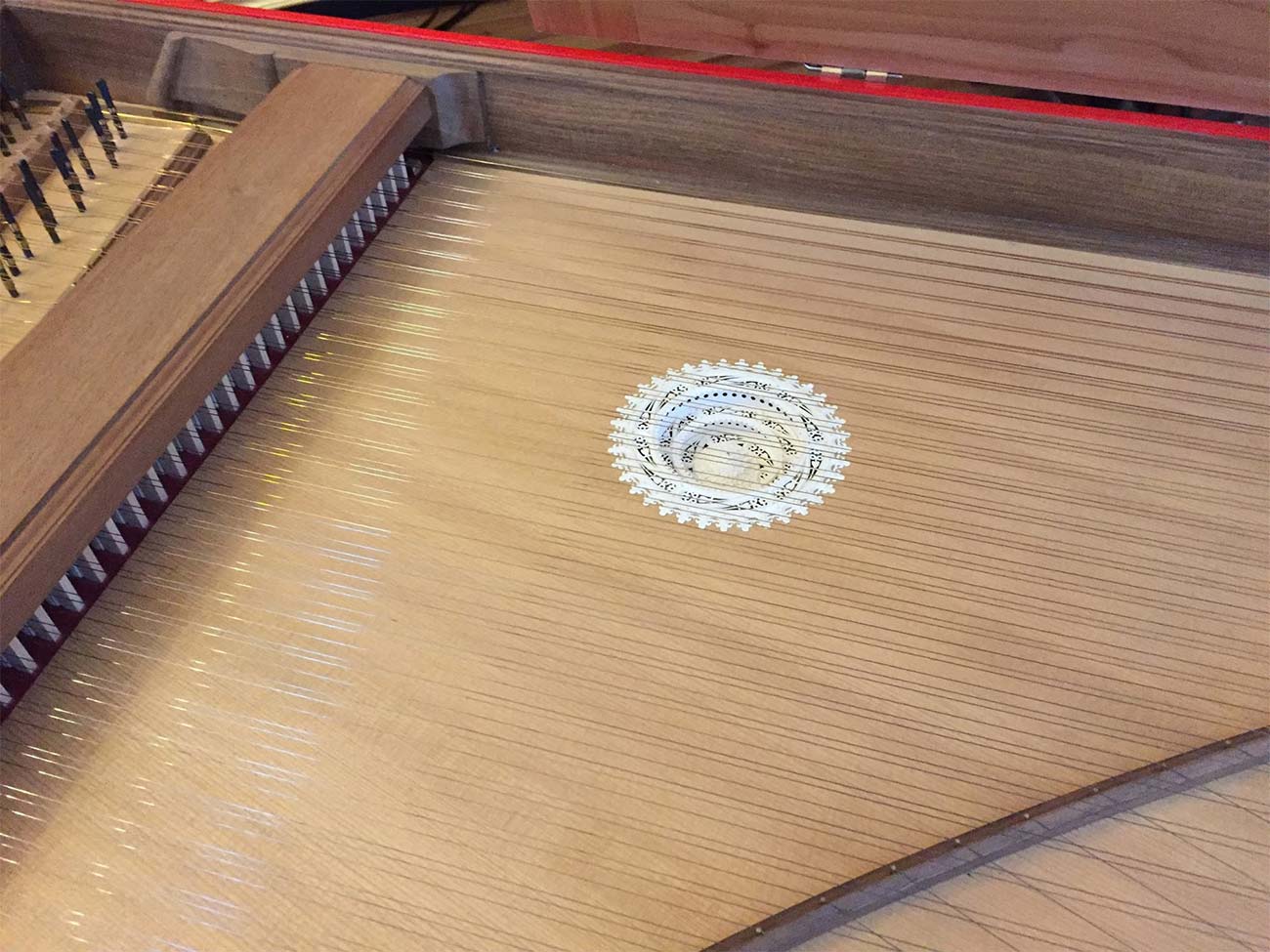 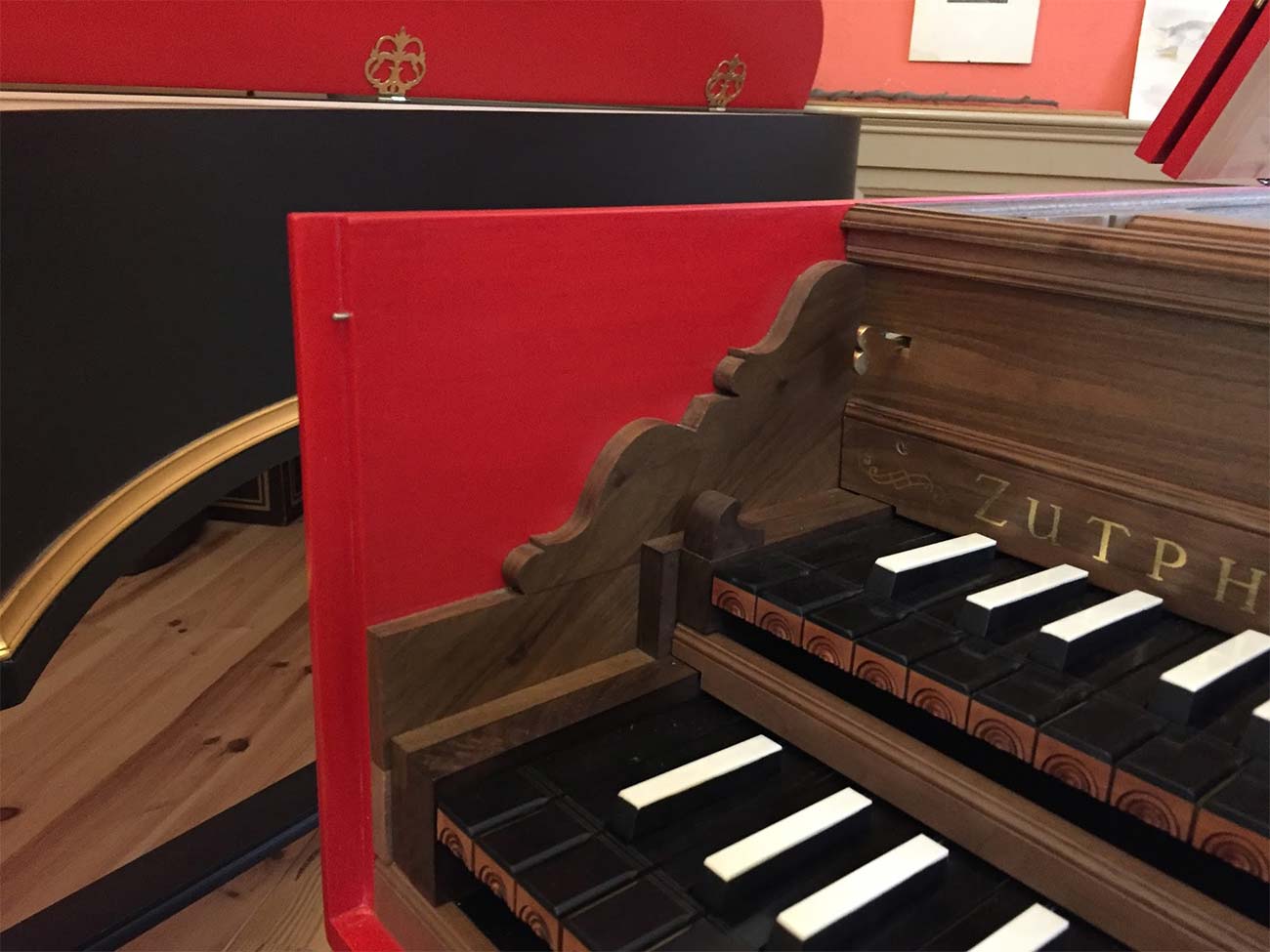 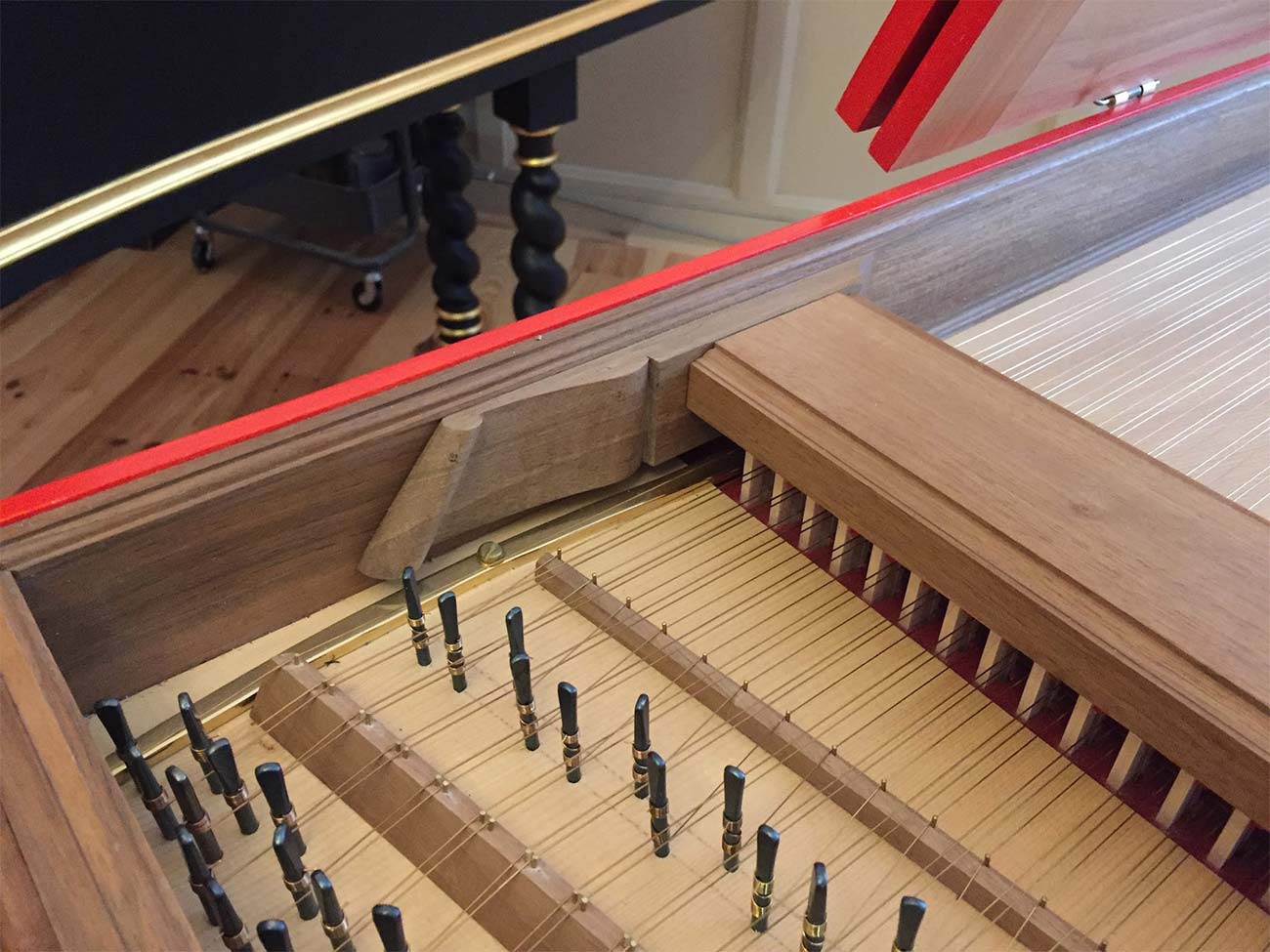 The father, son and grandson Blanchet were one of the most famous families of harpsichord-makers during the 17th and 18th century in France. They enjoyed their greatest fame due to the ravalements (renovation and expansion) of the Flemish harpsichords by Ruckers and Couchet.

Nicolas Blanchet, the founder of the dynasty, lived at the time of the transition from the traditional early French style to the later Flemish influenced way of building.

This harpsichord, built in 1693, is still in the early tradition of harpsichord building in France. The original compass was GG/BB – c3, and was extended later to d3. I reworked the design to a compass of GG.AA – d3 to make it more versatile for later music. The remarkable feature of this instrument is that it is built like an Italian (false inner-outer) harpsichord with the bottom between the case sides. The result is that it sounds like an early French harpsichord, with a clear tone, but it reacts to the touch like an Italian harpsichord, very direct. It’s really something special which is not comparable to other types of harpsichord.

The case is made of lime and spruce, the strings are made of red brass, brass and iron. Dimensions are: 236 x 86 x 27 cm