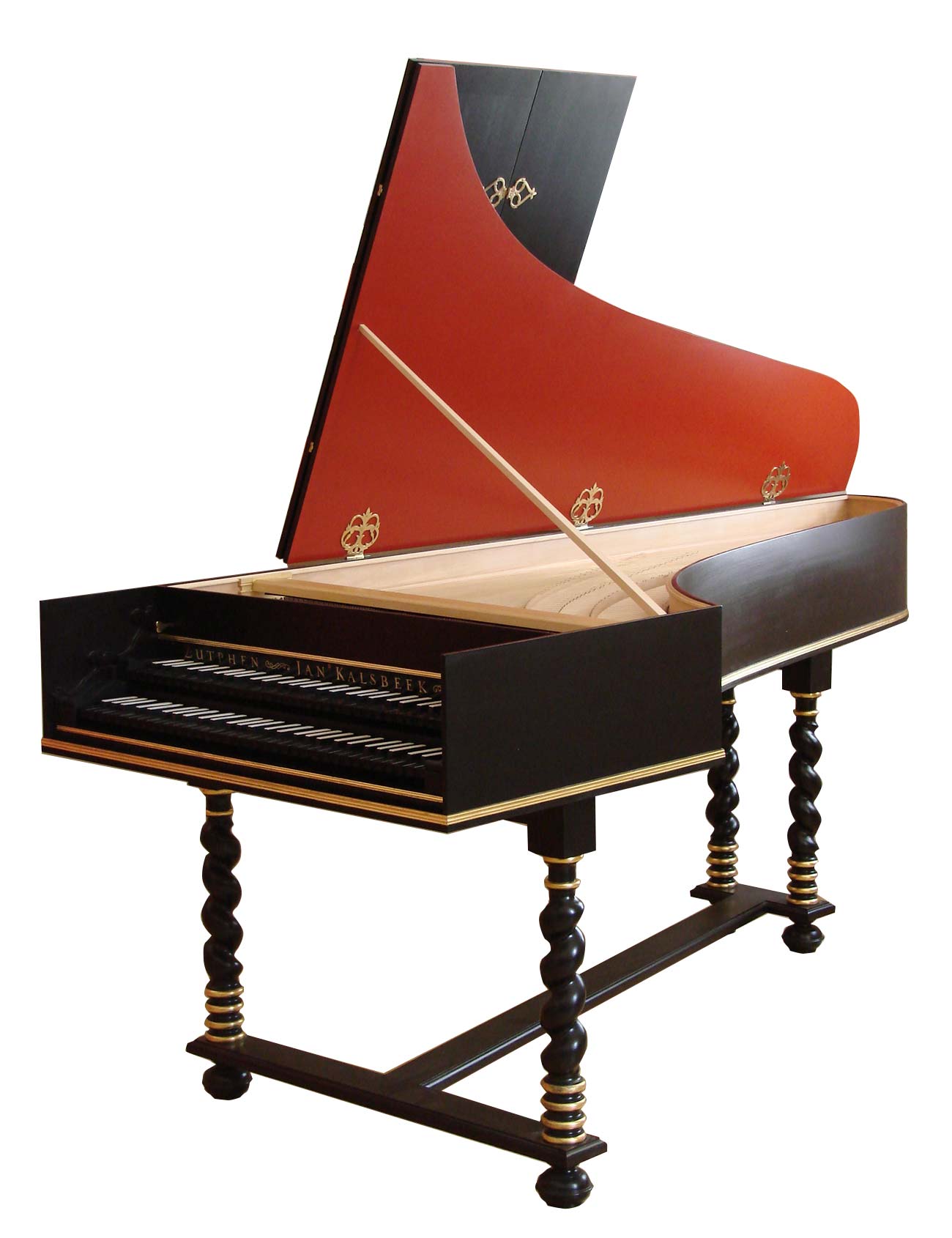 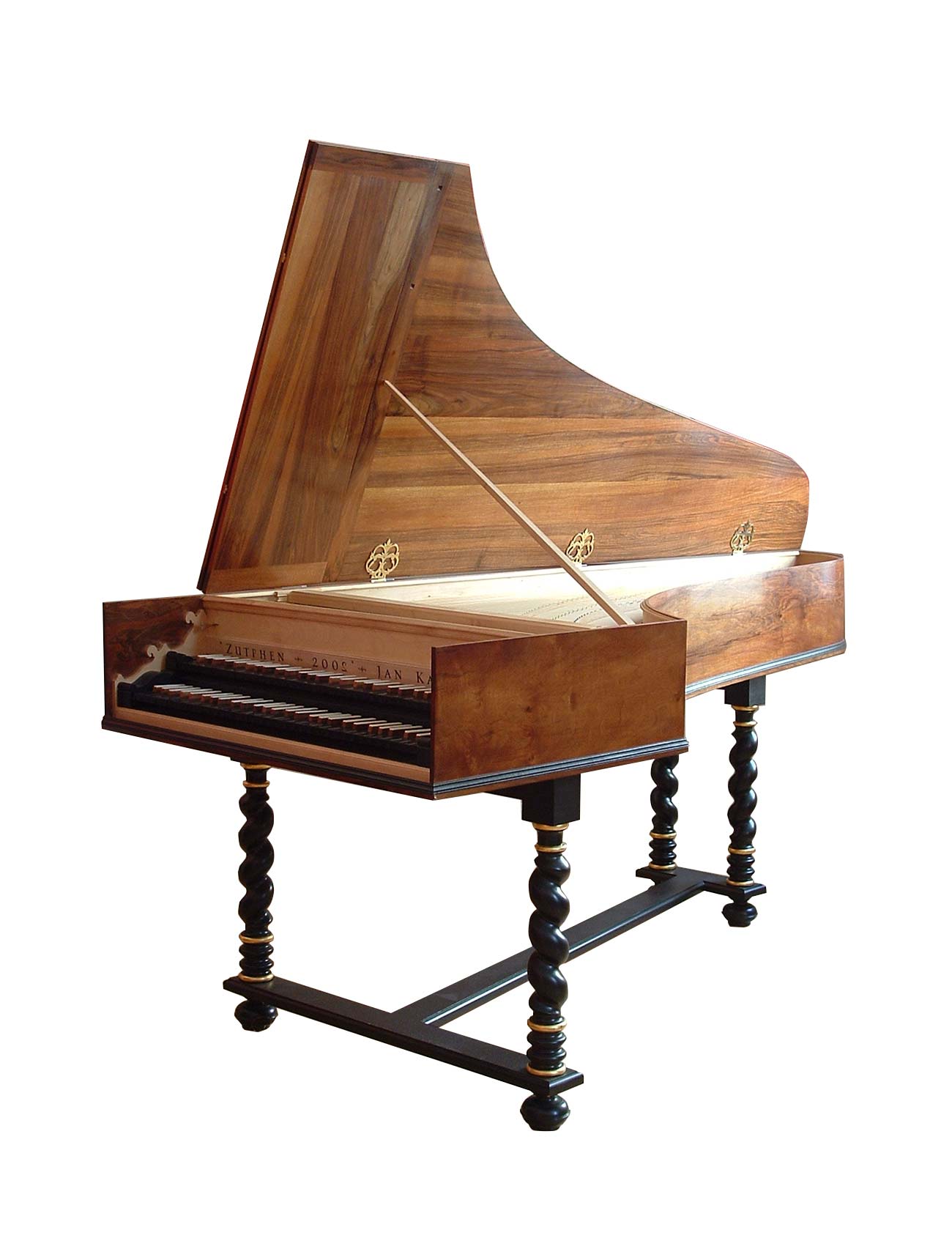 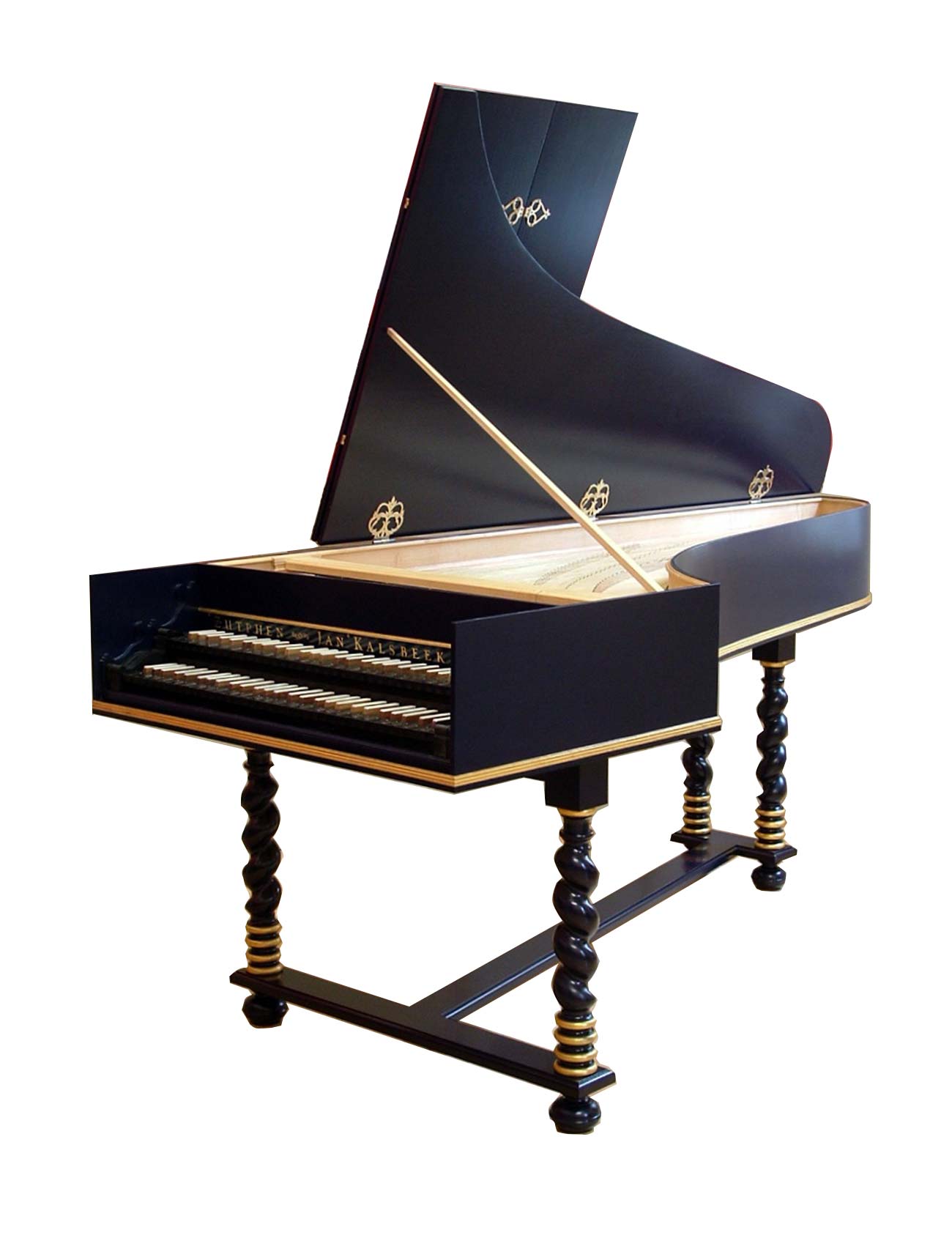 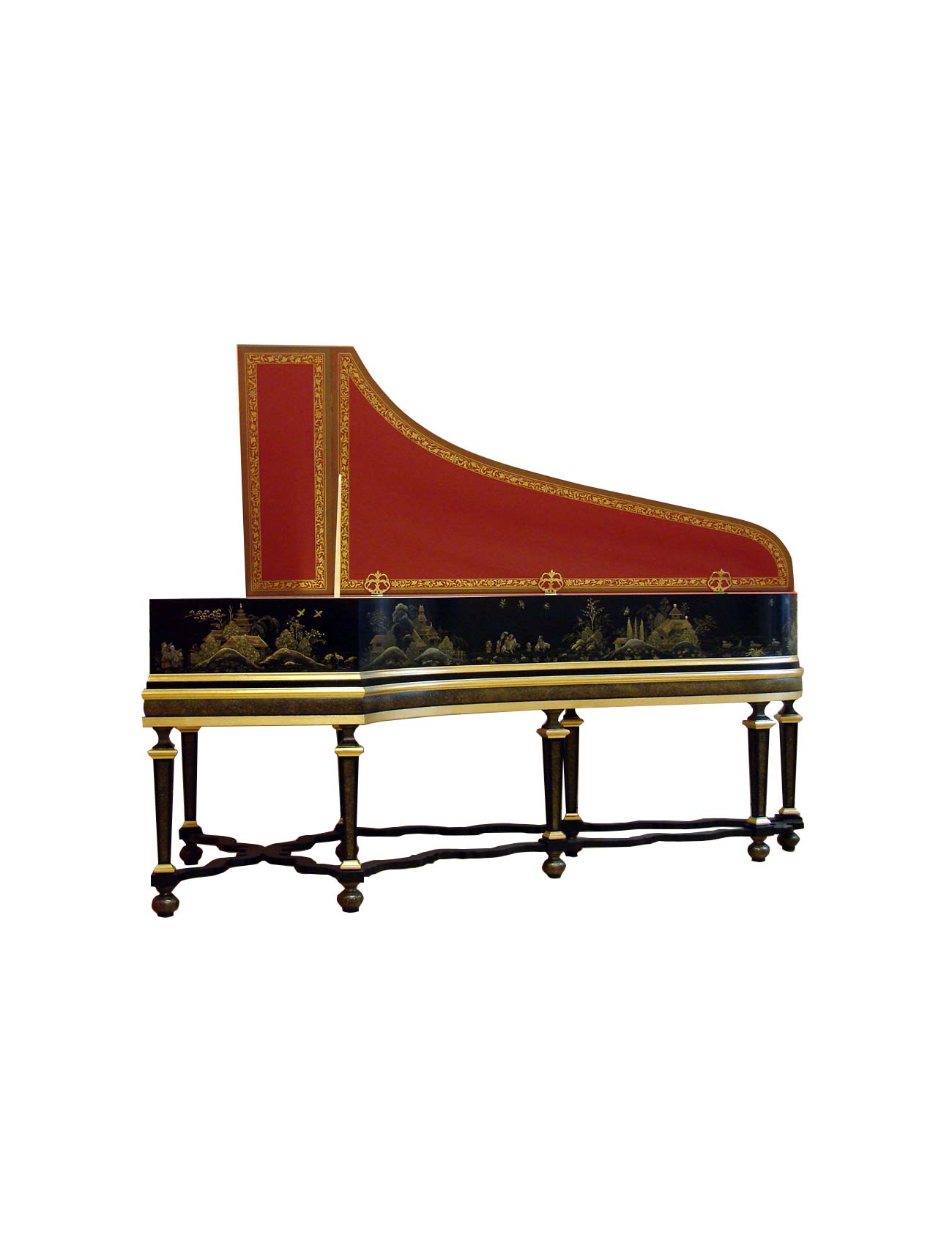 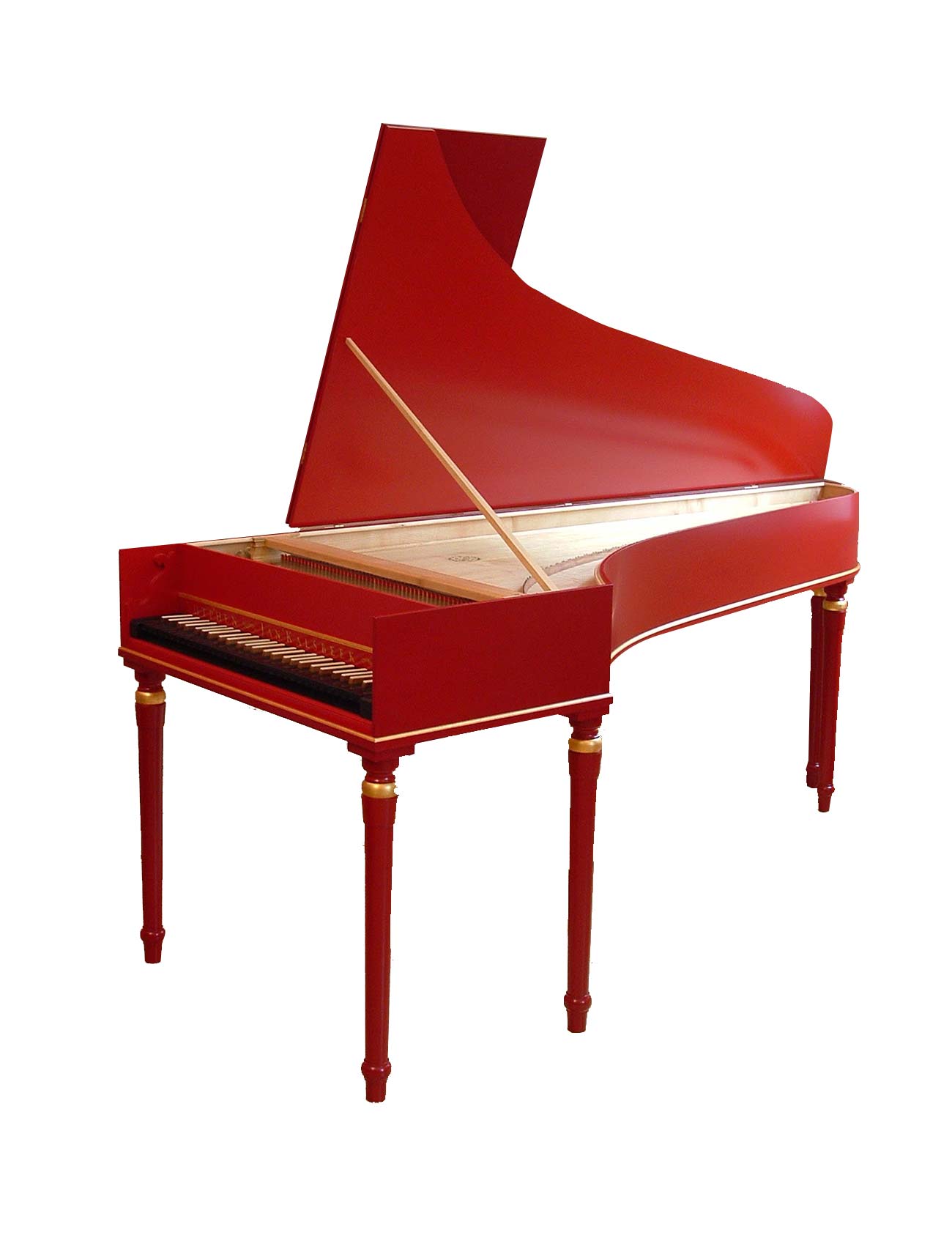 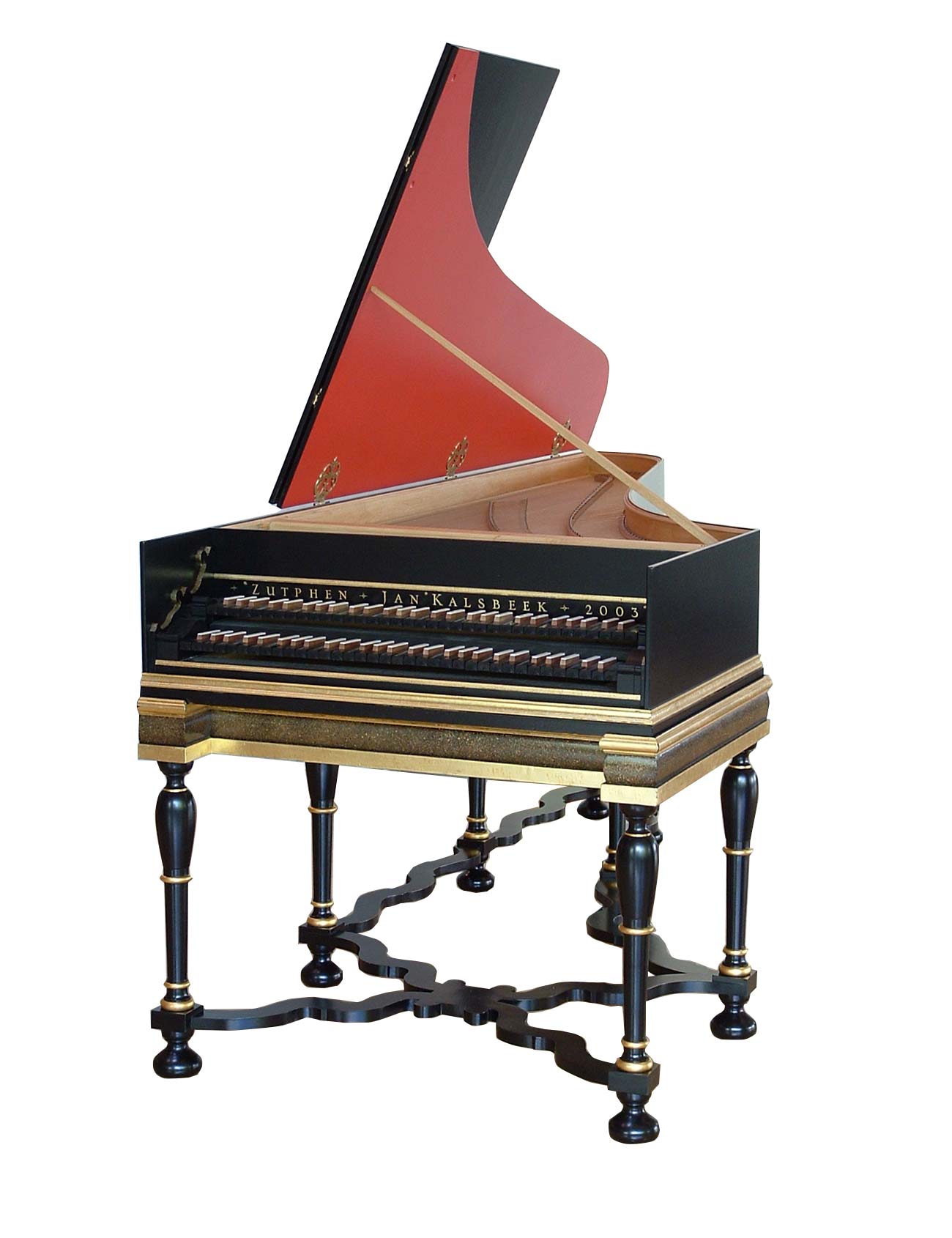 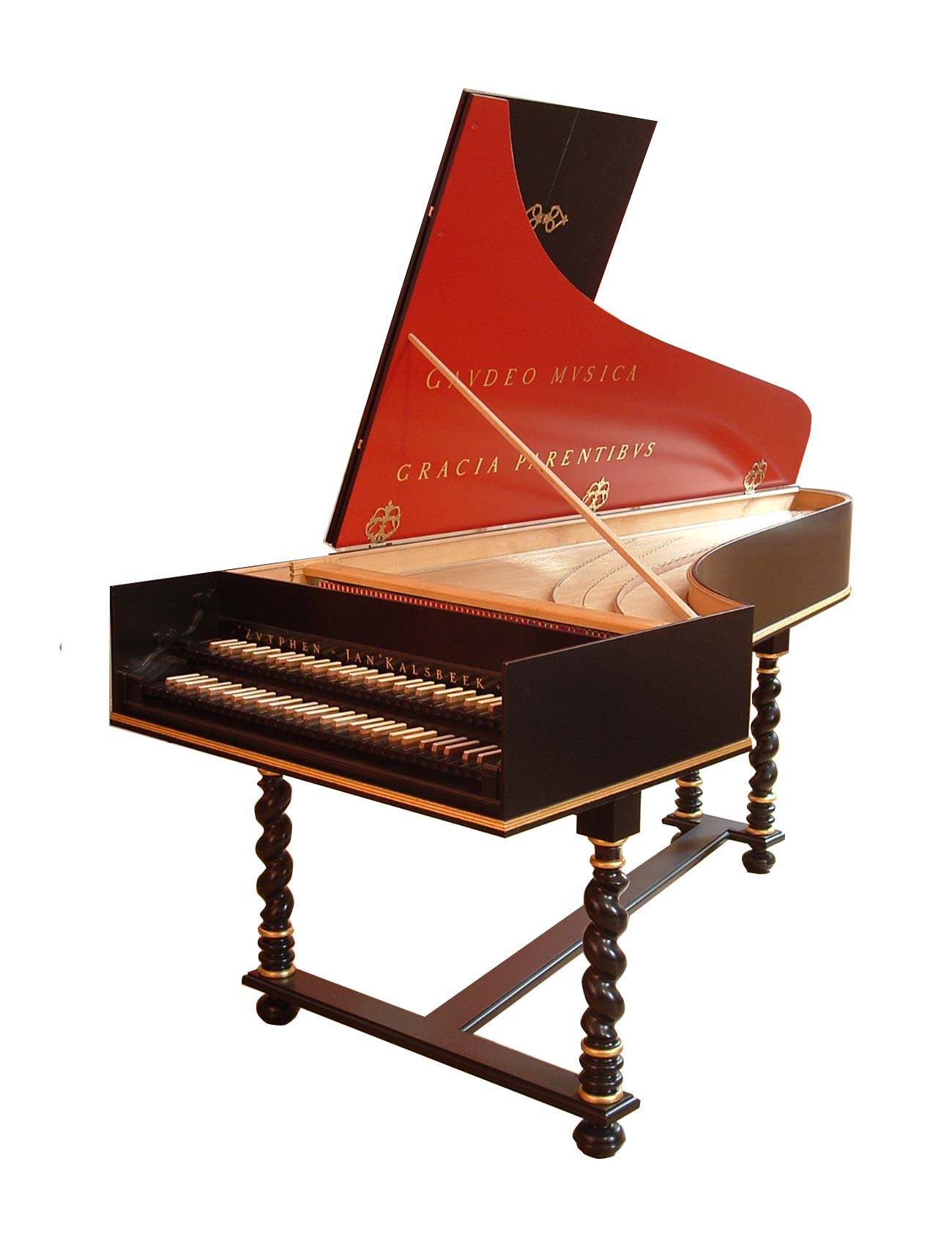 The Berlin harpsichord-maker Michael Mietke was born around 1660. There he developed a style which was completely his own, a style later adopted by Christian Zell in Hamburg. In Brandenburg he was appointed court harpsichord-maker by king Friedrich I. In 1719 Johann Sebastian Bach ordered a harpsichord from him for the court in Cöthen. Two of his instruments which have been preserved are a source of inspiration to me and are still to be found in the castle of Charlottenburg in Berlin. A third one is in Hüdigsvall in Sweden.

The interior is almost purely Italian, the shape of the case with its double bending and the decoration with chinoiseries was influenced by the French style of harpsichord-making of that time.

The tone is slender, but very intense and carries extremely well. The dryness of sound and the singing character are uniquely balanced. Because of these qualities this instrument is most suitable for all kinds of polyphonic music. Curiously enough, the powerful bass adds a wonderful sonority to late French music.