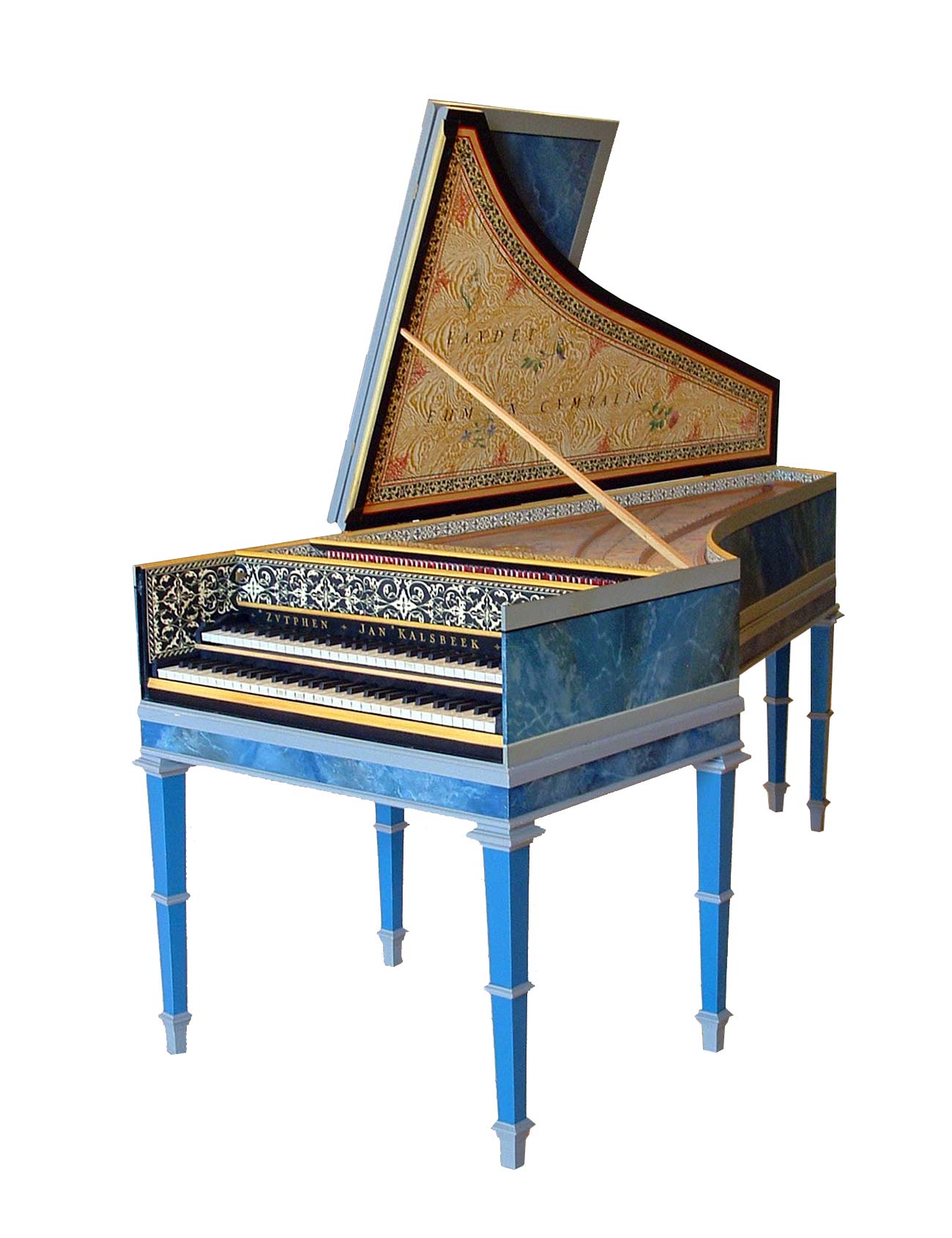 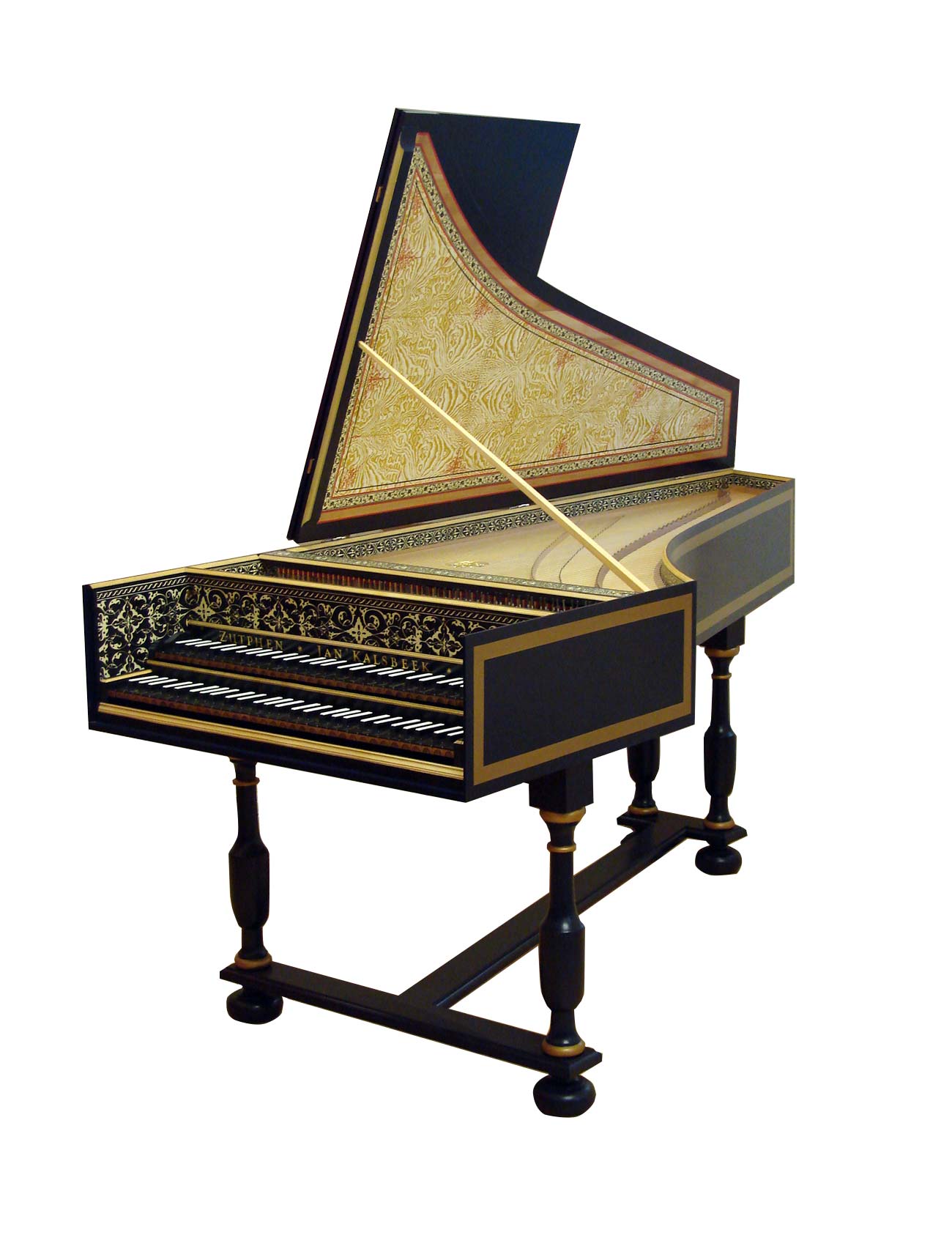 I took a wonderful double (transposition-)harpsichord made by the son Johannes in 1624, at present exhibited in the d’Unterlinden Museum in Colmar, France, as an example for the Flemish double made by me. This has undergone ravalement in the 18th century, most probably by Henry Hemsch. In this process the compass was expanded without enlarging the case by arranging the strings closer together and by making new keyboards with narrower keys. In doing that the new compass GG.AA – d3 was created, which I prefer to make. Transposition 415 – 440.

It still regains part of its vigorous Flemish past, which makes it very suitable for 17th century music; its distinct articulation does also justice to polyphonic music such as that of Johann Sebastian Bach.

The case is made of poplar, the strings of red brass, brass and iron.